One of the Most Important Problem Areas Awaiting Solution in Turkey: Women’s Employment

One of the Most Important Problem Areas Awaiting Solution in Turkey: Women’s Employment

The problem of low women’s employment is an important obstacle in front of Turkey’s EU membership process as well as national development and modernization efforts. The importance of women’s employment is evaluated in terms of women’s economic freedom, self-confidence and personal development at the micro level, while at the macro level it is explained by factors such as ensuring gender equality, increasing the level of economic welfare and providing full capacity in employment.

In this article, we evaluated the low female employment problem in Turkey with Onur Kutlu, a graduate of King’s College London International Political Economy from WYG Turkey’s Socio-Economic Counseling Unit and a PhD student at Bilkent University Political Science Department, with a comparative analysis of the current situation.

Women’s Employment is emerging as an important policy area not only in Turkey but also in the European Union. As a matter of fact, although female employment rates in the European Union seem quite high when compared to Turkey, there are significant differences within the union. According to EUROSTAT (2013) data, Iceland (78.8%), Sweden (72.5%) and the Netherlands (69.7%) have the highest female employment rates, while Spain (50%), Italy (46.7%) and Greece (39.7%) from Southern European countries have the lowest female employment in the Union. Turkey, on the other hand, has the lowest rate (29.1%) with a significant difference when compared to EU countries. In comparative analyzes on the causes of low female employment in Turkey, the Southern Europe comparison is explanatory due to similar socio-economic and cultural conditions. When the “bad examples” of the European Union, Italy, Spain and Greece, and Turkey are compared in terms of women’s employment, especially in the post-1980 period, the source of the problem in Turkey becomes clearer. While Turkey had similar female employment rates with Italy, Spain and Greece in the 1980s, it experienced a continuous decrease in contrast to the upward trend observed in the following period. For example, when the change between 1990 and 2010 is examined, three Southern European countries have experienced an increase, albeit at different rates, while a decrease in the rate of women’s participation in work has been observed in Turkey.

One of the theories used to explain this opposite situation in Turkey is the U-curve theory. According to this theory, at the level of underdevelopment agriculture has a high rate of employment, while female employment is in the first part of the curve and is at a high level. As the development level of the country increases, the share of agriculture in the economy decreases; there are great decreases in women’s employment due to the effect of exit from agriculture, which represents a descent from the curve. Parallel to the development of the country, with the improvement in gender policies, the developing service sector and the increasing education level, women’s employment is on the rise again at the last stage.

In parallel with the structuring processes in the economy explained by the U-curve theory, urbanization is also considered as one of the biggest factors in the declines especially after 1980. With the impact of urbanization, migration from rural to urban areas and structural changes in the economy, women’s labor force participation rate in Turkey decreased from 45% to approximately 30% from 1985 to 2005. Since women working in agriculture in rural areas are out of employment in the city due to migration, this situation causes serious decreases in the employment rate. On the other hand, the service and public sector could not grow to meet this demand. At this point, it is necessary to pay attention to the urbanization rates and periods of Spain, Greece, Italy and Turkey in the 20th century. As a matter of fact, Spain and Italy completed their urbanization and industrialization processes much earlier than Turkey and Greece, and had a much higher urbanization rate in the 1950s compared to these two countries. For this reason, Turkey’s transition to the rise in women’s employment was delayed compared to other countries. However, as mentioned, countries such as Greece have also experienced this transition with a delay; however, Greece achieved a faster recovery in women’s employment. What needs to be questioned here is why this transition took so long in Turkey and why the labor force that broke away from agriculture could not be balanced with the increase in female employment in the city.

One of the prominent reasons here is the share of agriculture in the Turkish economy, as it is still valid. The development of the country and the fact that it follows the post-industrial society indicate that the share of agriculture in the economy will decrease. This means new breaks from employment in agriculture. In Greece, this situation was offset by the high participation of women in the growing service sector. In Turkey, on the other hand, there is an employment creation problem that affects both male and female employment in general, especially in the service sector. Total employment in the country, which was 52.8% in 1991, decreased to 43.6% in 2010; however, similar decreases are not seen in total employment in other countries (World Bank, 2012). In addition, while women in Greece, Italy and Spain have a share of 70-80% in the service sector, this ratio is around 20% in Turkey. As advocated in the literature, education is one of the biggest factors in the increase in female employment. Low education level should be sought at the root of the low female employment problem in Turkey. The education level of women is another point that separates Turkey from Italy, Spain and Italy. For example, in 1990, while the share of women in higher education exceeded that of men in all three countries, the ratio of women to men in university education still remains at 74% in Turkey.

As a result, structural factors such as shrinkage in the agricultural sector and increasing urbanization have a great impact on women’s employment, which has remained at a low level for decades in Turkey. The main problem in women’s employment in Turkey is that there are no stabilizing developments against these changes. Comparison with Southern European countries illustrates how Turkey differs in terms of women’s employment at this point. Women in Turkey have not been able to integrate into the service sector as in other countries. The education level of women is considerably lower than that of men, especially in higher education. When the difficulty of balancing family and work life is added to this, although women participate in the labor market, this participation cannot be long-term due to the responsibilities they take. Compared to Europe, the high and irregular working hours and insufficient childcare services make it difficult to solve the problem. 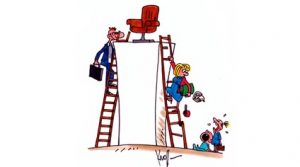 With the awareness of the importance of women’s employment, important policies have been developed for the effective solution of the problem in recent years. In Turkey’s 2013 progress report, the slight increase in women’s employment was mentioned. The effect of the state contribution to social security premiums is mentioned in this rise. At the same time, as stated in the report, new initiatives have been initiated to increase women’s employment in the public and private sectors for equal opportunities between men and women. Within the scope of the “Operation to Support Women’s Employment” grant program aimed at increasing women’s employment in Turkey, 131 projects were carried out in NUTS II regions supported by the European Union. In addition, within the framework of the technical support component of the operation, efforts were made to increase the institutional capacity of İŞKUR and other relevant local stakeholders under the leadership of WYG Turkey. An important policy adopted to increase women’s employment is to support entrepreneurship. With the loan facility and entrepreneurship trainings provided, it is aimed to ensure both women’s participation in employment and new employment opportunities.